Beautiful holiday cabañas to rent in a Chilean Paradise

From the airport you can take the Bus Pulman or Bus Turbus into Santiago and from there catch a bus to Maitencillo. The cost is from £4 / €5 / $3,500 Chilean Pesos.From Santiago citythe bus journey takes a little over two hours, or one hour 20 minutes by car.

Alternatively you can drive, which takes around an hour. Or we can arrange a pick-up for you.

Whichever way you travel, the picturesque journey culminates in a drive along the unrivalled Avenida del Mar alongside the South Pacific Ocean.

What our guests say

“We were pleased we’d arranged for a private pick-up at Santiago Airport. Fewer than 90 minutes from landing we were on the Avenida del Mar, wondering at the beauty before us. Our host let us in to our holiday home and couldn’t have been more welcoming. Just perfect, thank you again.” 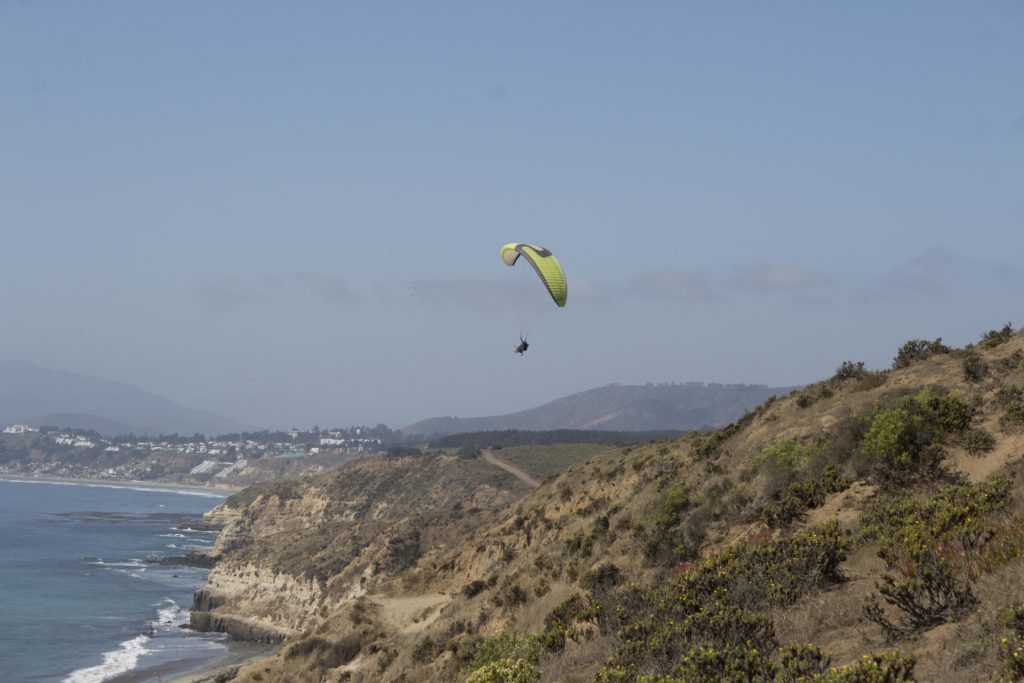 So much to see!

You don’t need to paraglide to arrive at Maintencillo or to explore the surroundings (but if you can get a birds’-eye view, do!)

The local transport is excellent and very inexpensive. Whether you’re arriving from another country into the airport at Santiago or if you’re Chilean arriving from a different region, it’s all very easy and friendly.

Given its location in the centre of Chile, and its close proximity to Santiago, Maitencillo Beach is also an ideal holiday location for those exploring the long, slim country of Chile to the north and/or south.